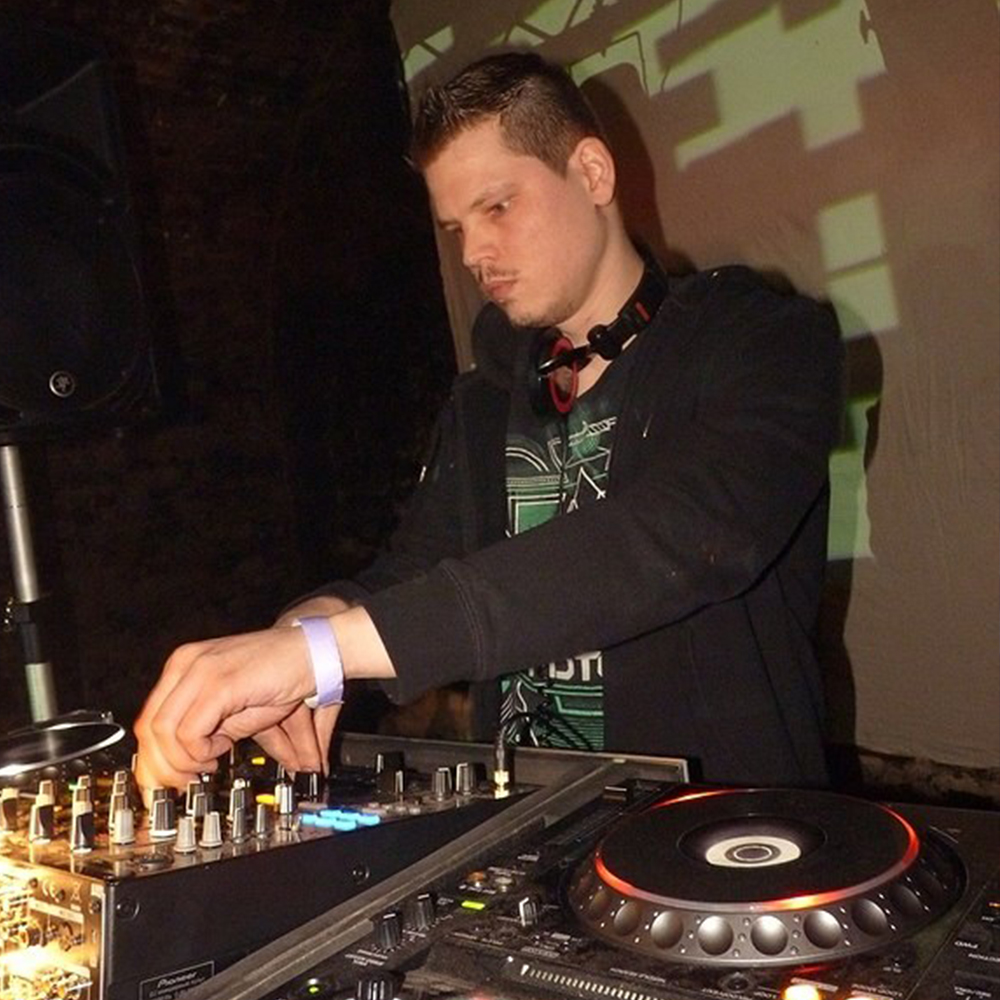 Living in belgium axi’s musical intrest began at a very young
age , singed up for music academy and learned to play drums
for a few years untill he got more intrigued by electronic
music and at the age of 15 discoverd drum’n’bass by his
brother. after going to a few dnb parties he knew he found his
place. A few months later he collected some records, bought
his first mixer and started practicing. In 2001, Axi bought hes
own pc and started producing tracks , he got in touch with
Crossfire(dsci4) and formed a crew with him , the two played
on a few Belgium parties but aftera while went his own way.
It wasn’t long untill he got noticed by Thesis from Atlanta,Usa
who decided to sign Axi’s tune ‘Receptor’ on his label,
Corinthian Recordings. Later on he got more intrest in the
neurofunk/techstep side of drum’n’bass and signed up with
Mindtech recordings and Fallout Digital who released both
an 4 track ep of axi and lots of singles. Axi developed as one of
the leading artists of the Mindtech camp representing the
sound worldwide and more beats are in the making so alot
more is to be expected from this rising dj & producer……