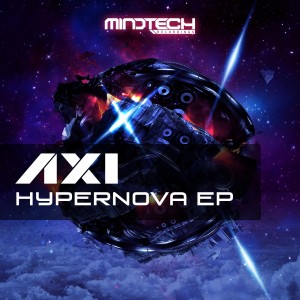 After releasing the huge Dementium EP in 2009, Axi teams up with Mindtech Recordings once again for the bigger and badder Hypernova EP. Featuring four tracks in total, the Hypernova EP packs in three brand new tracks from the producer as well as a reworking of Axi’s ‘Safe House’ from none other than the Custom Soldierz. Featuring the dark, rolling sounds of ‘Hypernova’, and the stomping bassline of ‘System Overload’, the Hypernova EP is set to destroy sound systems in 2015.